LC3 is a partnership between the Federation of Canadian Municipalities (FCM) and seven urban climate centres (LC3 Centres) in the Metro Vancouver region, Edmonton, Calgary, the Greater Toronto & Hamilton Area, Ottawa, the Montreal Metropolitan Community and the Halifax Regional Municipality.

The partnership was developed through a national consultation led by The Atmospheric Fund (TAF) and funded by the Clean Economy Fund and the Canadian Urban Sustainability Practitioners to consider how to strengthen the capacity of Canadian cities to scale-up urban climate solutions.

Under the LC3 proposal, each LC3 Centre will have an endowment enabling it to invest in demonstrating, de-risking and scaling up local solutions to climate change to meet Canada’s 2030 and 2050 carbon reduction targets.

LC3 works with many stakeholders, both inside and outside of local municipalities, mobilizing new resources and working collaboratively to design climate solutions that create many valuable local benefits. Positioned in alignment with, but outside of, local government will allow LC3 Centres to take on a nimble, accelerator role that complements and advances leadership work undertaken by municipalities.

2. Why is urban carbon reduction a target?

Canada cannot reach its climate targets without reducing emissions from its cities. About half of Canada’s carbon emissions originate from cities (from sources such as buildings, transportation, small/medium industry and waste) and climate impacts are being felt most acutely in cities.

While local municipal governments are already leading the charge on climate action in many cities, much broader community support is needed to create and accelerate local solutions. LC3 will be supporting and engaging a broad range of community players in their work.

3. What level of carbon reductions will LC3 support?

We estimate that LC3 could help achieve at least 9 million tonnes of greenhouse gas (GHG) reduction per year by 2030. This is approximately 5 per cent of the reduction required to meet the Pan-Canadian 2030 emissions target.

4. How will LC3 reduce emissions?

LC3 will use various strategies and tools to access the best ideas in the public, private and non-profit sectors and help them get to scale:

5. What kind of solutions will LC3 be advancing?

We’re focused on reducing all forms of urban emissions, and looking forward to working with the federal government, and will scope our work based on where we can be most effective.

LC3 is modeled on The Atmospheric Fund which invests, provides grants, and advances policies and programs to reduce carbon emissions in the Greater Toronto and Hamilton Area. LC3 Centres will be operated by either bespoke or host organizations with the ability and capacity to invest its working capital, manage LC3 operating funds, and secure local matching funds and co-investment. For more information on our Centres, please refer to the “Centres” section.

FCM serves as the liaison with the federal government on behalf of the local LC3 Centres, providing robust risk management, investment and accountability services, and supporting convening, collaboration and knowledge-sharing. Each local LC3 Centre will operate independently, providing a locally relevant mix of community grants, direct investment, and programming. Lessons learned in local Centres will be synthesized into knowledge and shared to help support advancements in all Canadian cities.

Here are the key value propositions and rationale for federal government’s visionary investment:

8. What is The Atmospheric Fund model?

Since its inception, TAF has invested three times its original capital and financed all its operations without depleting the asset or any draw on the City or Provincial tax-base, while helping Toronto reduce its carbon emissions by 33% below 1990 levels.

9. How will LC3 make a difference?

LC3 will change that. LC3 will help commercialize urban low-carbon solutions that would otherwise not get off the ground. The result will be investment-ready projects that can be taken to the next level by public and/or private investors and organizations including commercial banks, pension funds, specialized funds, and the Canada Infrastructure Bank.

LC3 will focus on taking proven low-carbon solutions to full-scale adoption by supporting and undertaking incubation, demonstration, and de-risking of low-carbon solutions and by working with diverse partners within urban areas. Each LC3 Centre will be responsive, stable, and independent, allowing the risk tolerance necessary to remove implementation barriers for technologies, policies and financial tools.

10. What socio-economic benefits can LC3 deliver?

Unlocking low-carbon solutions can have multiple benefits including improving public health, local job creation, better mobility options, and for the local and Canadian economy. For instance, achieving the energy efficiency objectives outlined in Canada’s Pan-Canadian Framework would result in 118,000 jobs and boost Canada’s GDP by 1% by 2030, according to Efficiency Canada. Carbon reduction can also achieve financial savings. For instance, TAF’s investment in just three energy conservation projects has shaved $60 million off City of Toronto energy bills. As lead investors and through commercialization, LC3 will help mobilize capital for low carbon solutions.

11. How will the federal investment be divided among LC3 partners?

The LC3 Centres will have identified how the federal funds will be allocated to help each partner achieve its goals. Funds will be disbursed by FCM to each of the Centres once robust conditions are met and contracted. The federal government’s investment provides each of the LC3 Centres with the challenge and opportunity to leverage additional endowment capital, co-investors, co-granting and project implementation partners to achieve more impact.

The federal government funds have been received by FCM’s Green Municipal Fund, which is administering them while LC3 Centres get set up. FCM hired a full-time LC3 Program Director in September 2019 and has established an LC3-specific advisory committee to GMF Council to support and oversee the project.

13. What communities have LC3 Centres?

14. Who will be in charge of the programs at the local level?

Local Centres are hosted by non-profit, non-government organizations or bespoke organizations with highly relevant experience in grant-making, investing, carbon reduction activity and/or other related areas. The LC3 funds and associated investment and programming will be overseen by local governance boards, including representation from local municipalities.

15. What is going on at the local level?

From preparing their organizational structures, to setting up boards and committees to oversee investing, grant-making and program activities, to already being established, all LC3 Centres are at a different level of development. Further information will be shared as it becomes available.

16. How will the Pan-Canadian part of the LC3 program work?

Local LC3 Centres will use a common set of performance indicators and methodologies to compile their results together in a national annual report. The LC3 National Office, hosted by FCM, will support joint reporting to the federal government, and will be responsible for helping to support peer-to-peer learning. 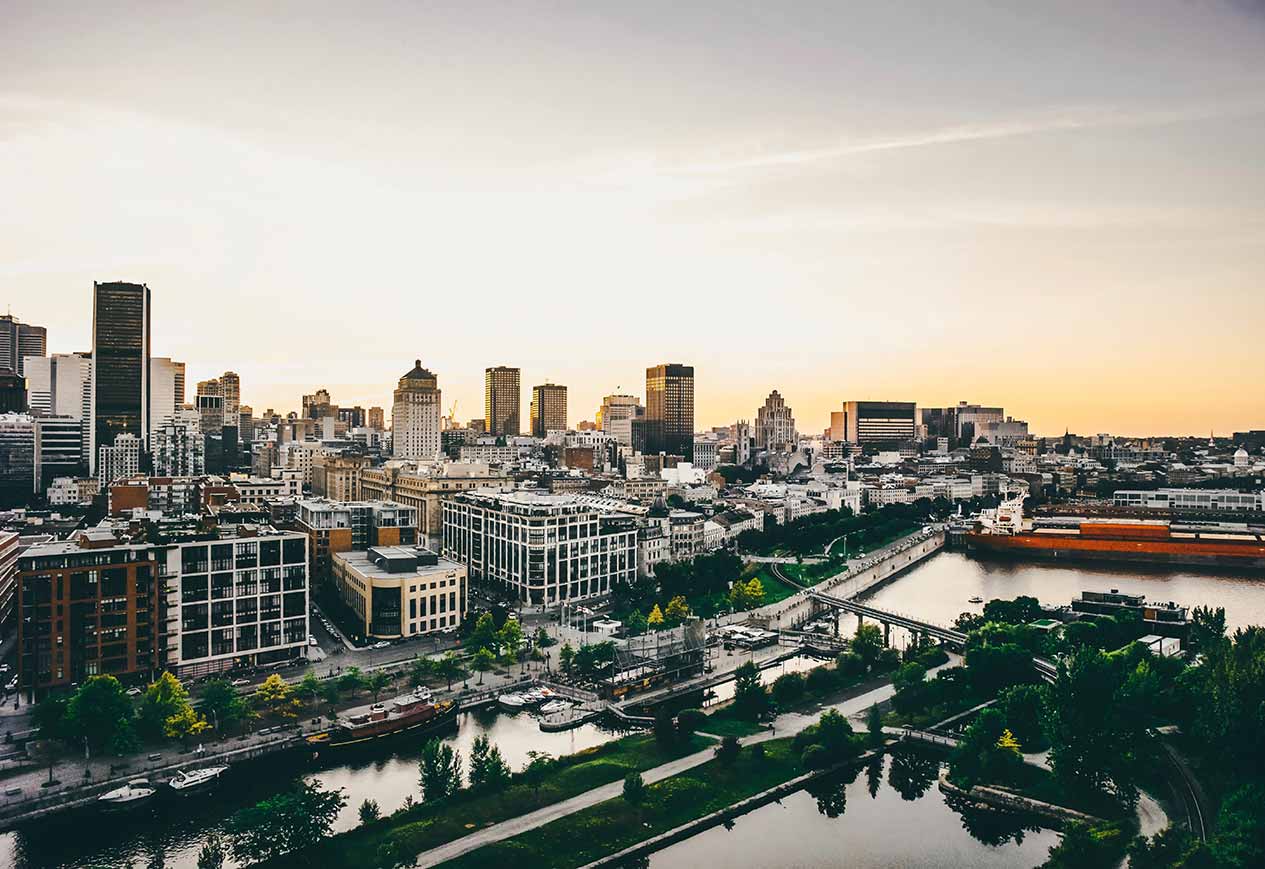 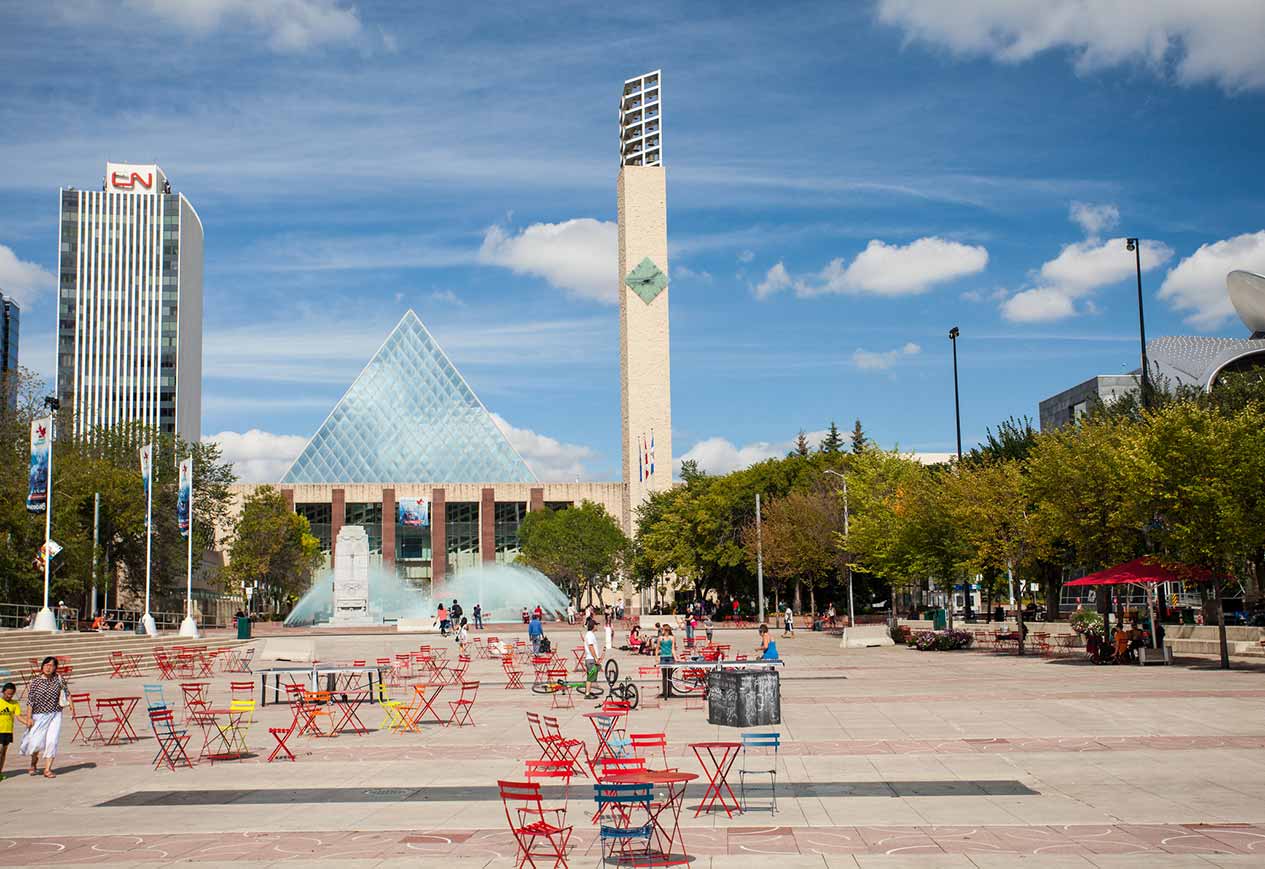 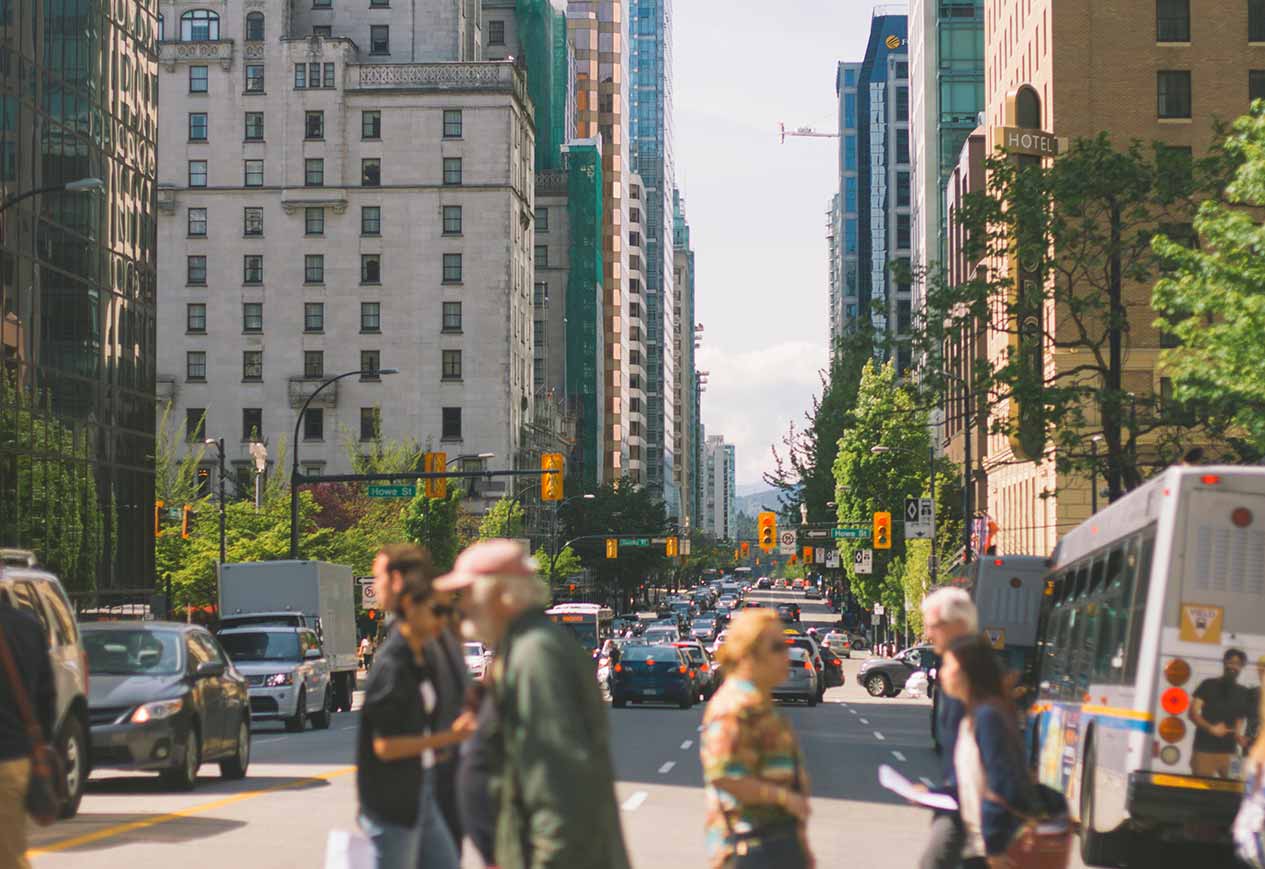 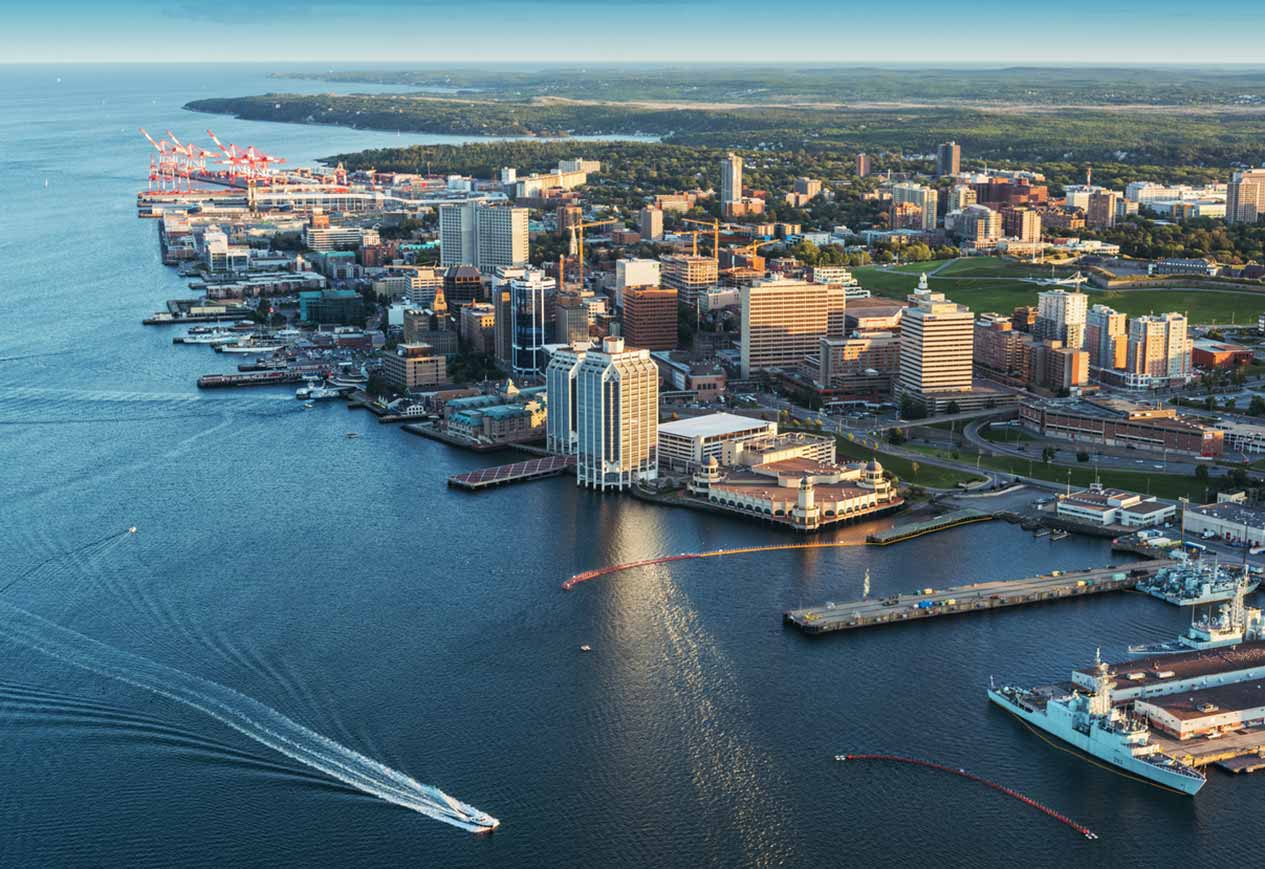